The Story of Murango, our Christmas Coffee

The story of women in coffee is an interesting one. Despite often contributing much of the labour in the production side of coffee we are rarely owners of the land or influencers within the business of coffee.
Steampunk Coffee is a female-owned business which is extremely proud to also have a woman as our Head Roaster. As such we are particularly interested in the role of women on the growing end of coffee production too. Our new coffee this month Murango, which we have chosen as our Christmas Coffee, comes from Burundi and has a wonderful story behind it of women making a change in their communities through coffee. 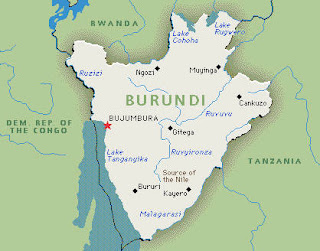 Tucked between Tanzania and Congo in central Africa, Burundi is a relative newcomer to  specialty coffee. Its coffees are produced on small plots by villagers in the northern part of the country and wet processed at small mills. The coffee is sold at auction to exporters in a system resembling the Kenya auction system. Burundi still largely produces de facto organically grown coffee owing to the fact that the farmers cannot afford chemicals. Most is grown in full shade. At best, when not spoiled during drying, storage, or transportation, it is a floral and brightly acidic coffee of the East Africa style.
Burundi is a country that continues to face immense social and political difficulties. One of the challenges for the coffee sector is the government’s involvement as an owner and operator of the washing stations. This makes visibility and transparency questionable. Despite this there are a few privately owned washing stations that are working hard to improve the quality.
Muyinga is not a well-known region in Burundi. It is constantly overshadowed by its neighbour Kayanza. However, the cup quality is very similar to Kayanza featuring complex florals, intense sweetness and a delicate but refined body. Burundi is a small country so the districts don’t vary a great deal in climate and cup profile.

This coffee gets its name from Murango which is a small washing station located in the province of Muyinga in the North Eastern corner of the country. This used to be a state owned and run station but it was bought back from the government in 2012 by the all-female owned Kahawa Link Company (Kalico, for short), a female owned coop operating in the province of Muyinga.
Murango favour a single fermentation method using nine different fermentation tanks to keep the lots separate until they are dried and cupped for quality. The lower scoring lots are blended for commercial coffee, with the best lots remaining separate for sale as microlots. Our lot comes from the peak of the harvest and is amongst the highest scoring lots from this station in 2016.

In 2012, Angele Ciza and Consolata Ndayishimiye, two friends (and experienced business women) decided to go into the coffee business together. They purchased seven washing stations that had been part of the old government run Sogestal program, with the idea of working in close partnership with growers so they could process and export Burundi’s best coffees. The pride and satisfaction Angele and Consolata take in their company comes through in the excitement they have for forging friendships with their buyers.
The washing stations are in the Kirundo and Muyinga Provinces in North-Eastern Burundi, each serving 1,000-3,000 small scale farmers who grow primarily the bourbon varietal. The land runs the range of 1600 - 1800 meters above sea level.
To improve the quality of the coffee produced, Angele and Consolata knew they needed to start with the education of the producers, so they began with outreach to ensure best practices from nurseries to picking. As the quality and value of the coffee increases they are investing in additional training, environmental protection, inputs, micro-credit, micro-insurance, and social infrastructures in partnership with the producer organizations that deliver to their washing stations. 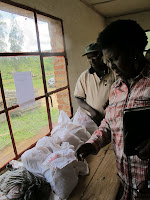 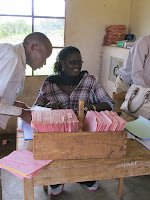 The washing stating has ten small floatation tanks allowing the coffee to be sorted prior to fermentation. With nine separate fermentation tanks, Kalico are able to keep coffees separated throughout the processing stage, allowing them to identify and isolate various qualities.

"We work very, very hard," says Ciza. Her vision for lifting more people out of poverty in her region is clear. "If you want to develop Burundi, you develop the women," she says.

Check out this link to NPR to hear more of the story about four African women fighting to change the traditional roles of women in coffee production.

Burundi’s economy is heavily reliant on coffee and it is Burundi’s biggest export revenue earner with close to 40% of the population is involved in the coffee subsector. With its mountainous topography, Burundi is geographically ideal for coffee cultivation. It has great soils, very high elevations in some coffee growing regions (up to 2000 masl) and ideal climates. The Burundian coffee sector however has gone through major phases and changes, all of which have greatly influenced the coffee production.
The first stage for coffee was under the Belgian colonisers when coffee was established as a cash crop until Burundi's independence in 1962. During this period, the Belgians had total control over the coffee's production and sales. The coffee industry was private from independence in 1962 to 1976. During this period, the state only intervened to fund research, assist in quality improvement, and set and stabilise the price received by the producers. Even with the help of the state, the quantity and quality of coffee production decreased. The reason for the decrease on production was due of the post-independence political instability, and the lack of interest of the people in growing coffee as growing coffee was seen as a symbol of colonisation. 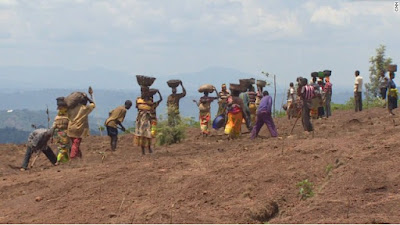 In 1976, the coffee industry became completely state-controlled. The private coffee factories were nationalised, and all the export activities were under the control of the state. The objective of being a public industry was to increase the quantity and quality of the production, which failed to be accomplished. Coffee production has a pretty good infrastructure in Burundi due to the World Bank and other partners investing heavily during the 1970s and building 133 washing stations (wet mills) that are better equipped and organised than the ones in neighbouring Rwanda. Rwanda by contrast has been more successful so far in transitioning into specialty coffee production.
Burundi’s move into specialty coffee has arguably been held back by the long and very slowly diminishing government presence in the coffee sector in the form of bureaucratic and mismanaged coffee board (ARFIC, previously OCIBU). In 1986 the public coffee enterprises became totally private or partially private. The privatisation of the coffee sector adopted happened when the management was privatised, certain functions were deregulated and some coffee entities were restructured. For most of the last 30 years, however employees hired by OCIBU were running all of the countries’ washing stations.
In order to improve the general management of coffee, companies with mixed state and private ownership were created. The companies managing the depulping and washing stations—the SOGESTALS—(Société de Gestion des Stations de Dépulpage Lavage du Café) were created. SOGESTALS were set up in the country’s main coffee regions. The state kept the majority of shares in all the SOGESTALS except the ones in Kayanza, Ngozi and Kirundo-Muyinga. Once the private sector invested in the coffee industry, the government introduced the first measures of deregulation. This move allowed people to establish companies with total private ownership. This started the creation of private export companies, new private washing stations were built, private factories were established, and the creation of two private roasting factories were established.

Today, Burundi is a country whose main export and crop is coffee. Following the intense civil war in the late 20th century, coffee truly helped rebuild Burundi. By supporting the production of specialty coffee in the region and ensuring that producers are well paid for the quality coffees they produce you are ensuring that money is continuing to flow into these communities. That is what truly makes this a special, and meaningful cup of coffee this Christmas. 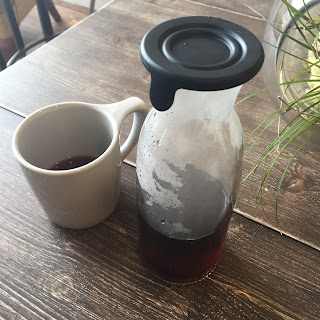 Twelve Triangles opened its doors at 90 Brunswick Rd in March 2015 with a small core range of sourdough breads, pastries and doughnuts and with a strong emphasis on slow ferment cold prove doughs and making everything from scratch. Over the last two years they have expanded their repertoire as they have learnt more about sourdough and bread. Their shops now sell a range of breads & pastries as... 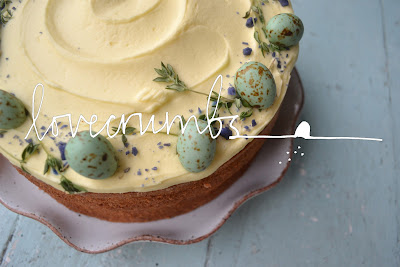 It’s hard to believe Lovecrumbshave been open for only 5 years as they are such an established and well loved fixture of the Edinburgh specialty coffee scene. They began as a cake specialist and for quite a while wholesaled their cakes to many of the best cafes in Edinburgh. Since summer 2016 they have diversified and begun to offer savoury food also - some vegetarian tarts and some nice simple...

Do some Fieldwork ... check out this oasis of extraordinary coffee and cake in Fountainbridge 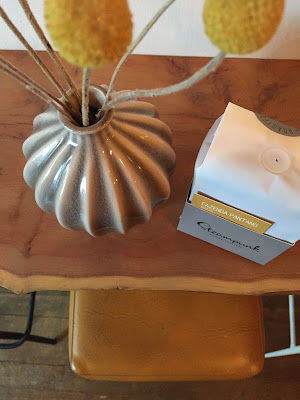 Fieldwork opened in January 2016, bringing speciality coffee, homemade cakes, fine loose-leaf teas, organic hot chocolates and natural sodas to the edge of Edinburgh’s financial district.Take the time to sit in the small but cosy space where there are old school desks and chairs for getting comfy. They are a dog-friendly café and keep things laid back and relaxed, offering the friendliest service...

Stay connected with our newsletter